He identified the mutilated body of Tecumseh after the Battle of Thames on October 5, 1813. He was French Canadian and Indian. He grew up among the Shawnee Indians in Northwest Ohio and was an acquaintance of Tecumseh. His wife, Lamateshe, was a kinswoman of the slain Indian leader. Benjamin Drake, Tecumseh’s first biographer, interviewed them in 1821, and the interview became a major source for later biographers who wrote about Tecumseh. But the man, Antoine Chene, later known as Anthony Shane, led as colorful of a life as the admired Tecumseh. His land grant and Indian reservation, as well as his other dealings, influenced the settling of the entire Northwest area of the State of Ohio and in particular, the Village of Rockford in the County of Mercer, located near the Indiana border.

Anthony Shane, born Antoine Chene (meaning oak in French) sometime between 1760 and 1770 to a French Canadian father and Ottawa Indian mother, grew up among the Shawnee tribes on their lands in Ohio. He hunted and fished the St. Marys River with them. He knew the tribal leaders and was an acquaintance of Tecumseh. As he fought alongside his kinsmen and the British against the military expeditions of Harmar, St. Clair and Wayne in the 1790’s, one wonders if he ever considered that one day he would work for the U.S. Government.

It happened following the Battle of Fallen Timbers led by Anthony Wayne (south of present-day Toledo) in 1795. The tribes were abandoned by the British in 1794, and Shane wound up dealing with the Indian leaders of the time including Tecumseh. He became an interpreter (he spoke at least five Indian languages), messenger, scout and hunter at Ft. Defiance and later became an interpreter for the Ft. Wayne Indian Agency. The years during the War of 1812 were very busy for Shane, according to Rockford’s historian Harrison Frech, history teacher, who did a thesis on Shane. Government records indicate he was a messenger and advisor to General Henry Hull at Detroit in July 1812. Leading Shawnee scouts in June 1813, he accompanied Colonel Richard Mentor Johnson’s Kentucky Regiment relieving Fort Wayne. Captain Shane later joined Winchester at the village known as Frenchtown in Michigan between Detroit and Toledo. When the British besieged Ft. Meigs in April, under the command of William Henry Harrison, Shane barely escaped a scalping. He rejoined Colonel Johnson at the decisive Battle of Thames on October 5, 1813 where Tecumseh lost his life, signaling the end of the major Indian resistance in Northwest Ohio. Shane helped identify the mutilated body for the army. His interviews with Drake in later years helped credit Johnson with the actual slaying of Tecumseh. Johnson later became Van Buren’s vice-president.

In 1814 for his services during the War of 1812, Shane received a grant of 320 acres of land on the South bank (the treaty calls it the West bank) of the St. Marys River. Named Shane’s Grant, this land was located at what was referred to as the 2nd Crossing of the St Marys. And, it was here that Shane platted Shanesville in 1820, later identified as Shanes Crossing due to another town with the same name. Even later, in 1890, the village became Rockford by a U.S. Postal Service decree. Shane ran a trading post and tavern, farmed, and worked to sell the 42 lots in his town, just as any entrepreneur might today.

In 1817 Shane was once again called upon to act as an interpreter for the Fort Meigs Treaty in which the Ohio tribes ceded much of their land in Northwest Ohio. One dollar per day plus expenses and a 640 acre reservation went for Shane’s services. Located across the St. Marys River from his other grant, this new acreage was known as Shane’s Reservation. Shane’s was not the only Indian Reserve in Mercer County. Records show that the 1818 St. Marys Treaty granted small reservations along the river to Miami tribal leaders in partial payment for ceding tribal land claims in Ohio, in the 1820’s he hired in as the supervisor of the road construction on present day State Route 118.

Shane and his wife Lamateshe, also known as Auqualanaux, lived on Shane’s Reservation and farmed the ground, raising corn, squash, and beans. A Delaware Indian, whose grandmother was a Moravian convert, Lamateshe bore Anthony Shane two daughters and two sons with one son dying early in his childhood. Shane also raised one stepson.

Lamateshe converted to the Baptist Church under the council of Reverend Isaac McCoy, and she lists among the first seven founding members of Ft. Wayne’s first Baptist Church, the first Protestant church in Ft. Wayne. Shane was Catholic. It is of particular note here that Frech mentioned, “Although people of mixed ancestry often suffered from racial prejudice in the period, Shane was actually admired by the community and described as the best known man in the area.” Lamateshe was regarded in high esteem as well.

The Shane’s double-log (two story) house on the Shanes Reservation was the site of local religious services conducted by the Reverend Isaac McCoy. In 1821, biographer Benjamin Drake, interviewed Shane about the life of Tecumseh. A tiny dot on a map of the time period pinpoints a double-log dwelling on the property once owned by Shane and located at the turn of Shane Road. What was once a thriving pathway from Piqua to Ft. Wayne, running near the river traffic route, is now a dusty lane leading to a long-ago abandoned bridge. Surprisingly, a double-log house still stands though in serious disrepair. 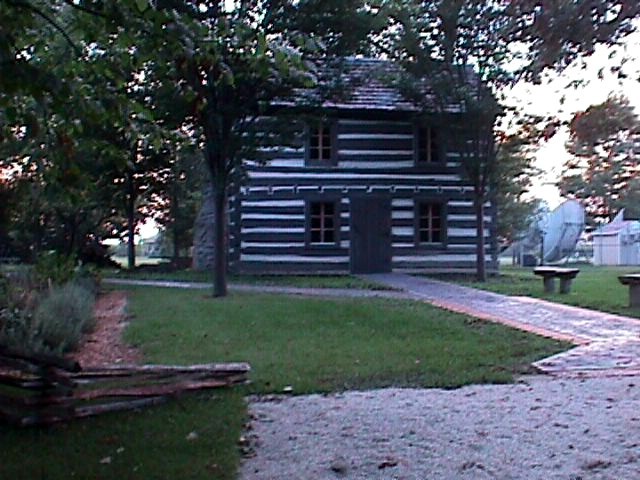 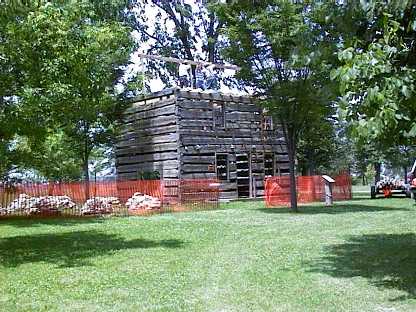 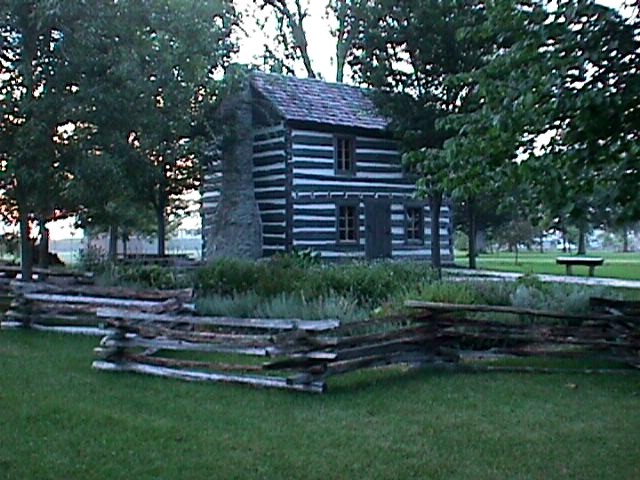 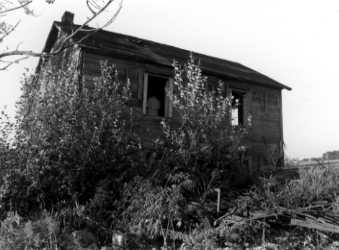 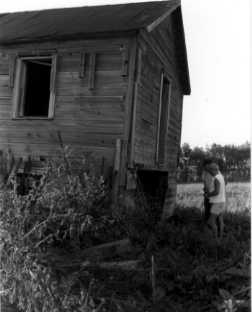 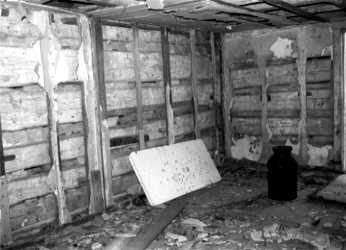 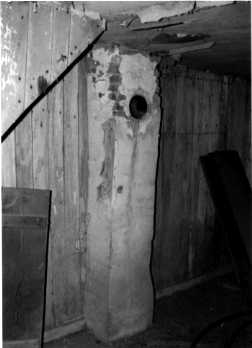 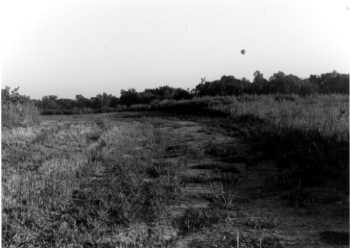 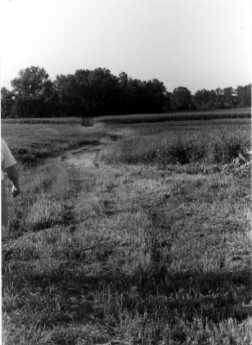 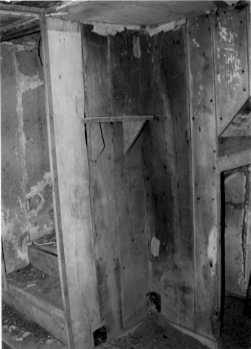 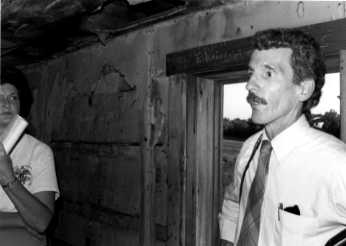 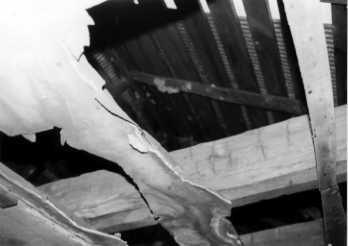 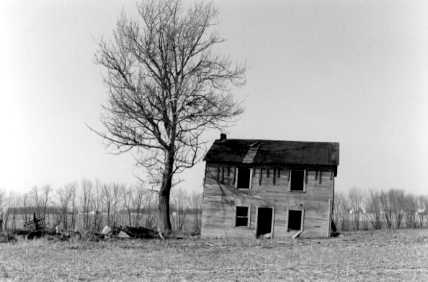 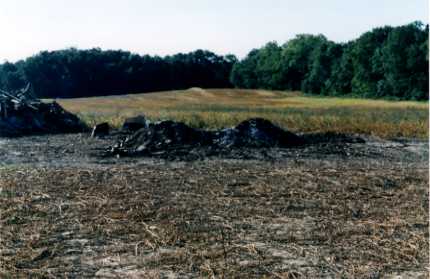 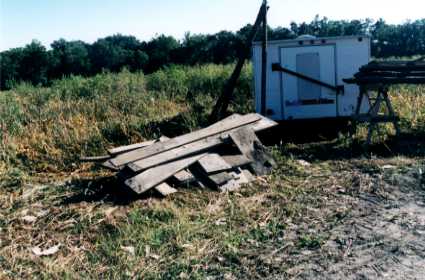 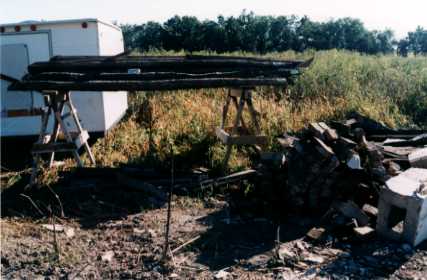 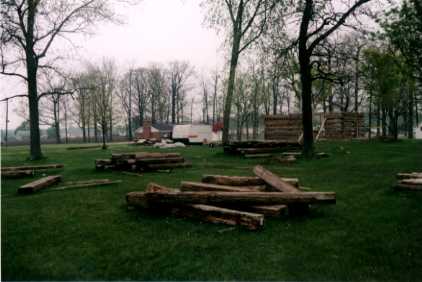 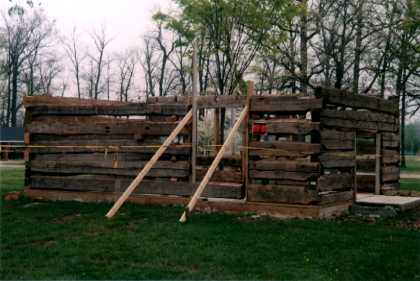 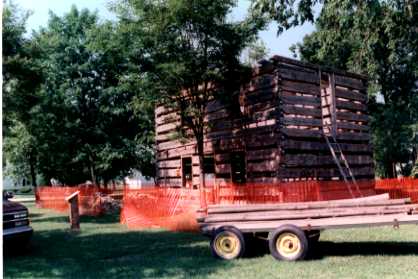 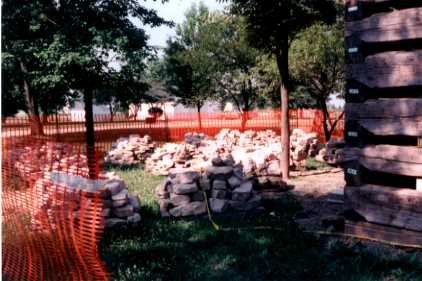 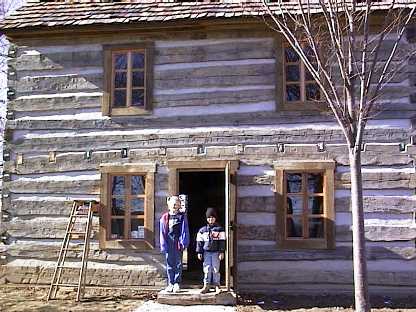 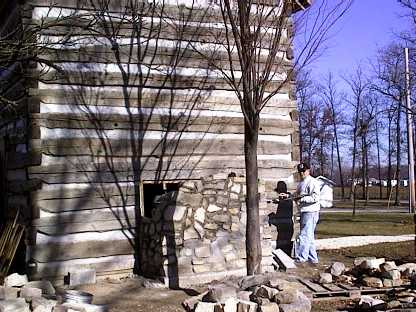 The local Shanes Crossing Historical Society believes the house is that of Shane’s, but with records sketchy at best, it will probably never be verified. In August 1995, Glen Harper, District Coordinator of the Historic Preservation Office of the Historical Society scoped-out the site and confirmed what the members hoped to hear: the double-log house is a log and chink structure typical of the time period of Anthony Shane, making it architecturally and historically significant. The current owner of the land plans to donate the log house, and the group is actively raising the $30,000 needed to dismantle, move, authentically restore, and set the log house on a new site in the town of Rockford. Adding to the interest in the area are arrowheads and artifacts which have long been gathered by residents and collectors in warm spring weather after the winter thaw surfaces the prized items.

Shane left for Kansas in 1828 as part of another government relocation of the Shawnee Indians. He sold the reservation to Colonel William Botts Hedges, who once leased some land to John Chapman (Johnny Appleseed) for the planting of apple seeds. Shane reportedly taught Hedges to speak some Indian. Working once again for the government under Superintendent of Indians William Clark (of Lewis and Clark fame), Shane made his home on the Kansas River and later at Fort Leavenworth while he worked as an interpreter with the Delaware and Shawnee Indians for agent Richard Cummins. According to the records, Shane died in 1834 in Kansas in his 60’s.

Shane is honored annually during a Rockford Community Days celebration where area historians speak and special memorabilia displays boast the heritage of Rockford. The shady, oak tree-filled Shanes Park, aptly named, serves as the location of the festivities each June.

ADDENDUM 1/3/99
At this writing, the log house has been dismantled, relocated, re-assembled, and restored by volunteer labor and through donated funds, to its new home in Shanes Park, Rockford, Ohio.

The Log Cabin is open during Rockford Community Days and by appointments.